Category: To Trust an Incubus

Dear Monster Kickstarter is coming April 1st!! Remember to enable notification by clicking ‘Remind me’ to let you know when it launches! You can also play the demo available via the links to experience what’s coming! Visit our Kickstarter here.

Discover all the secrets scattered around Mister Versatile’s hideout! What will you find there? Play detective a little and investigate every corner for easter eggs on Steam!

What kind of position do you prefer for your favorite incubus? Top or bottom? They can be quite flexible about your choice, so explore the lab right now and find out here!

Ready to join us on Patreon? Save perks from future games by supporting us by becoming a Patron! Win mousepads, pins and more! Learn more by visiting our website.

I Need a Protector!

Each cell has a different danger in Alpha Hole Prison, but have you ever found someone who could defend you from all the chaos? Explore the prison and find your protective boyfriend on Steam!

Take the opportunity to play the Dear Monster demo available on Itch.io and Steam!! You can enjoy what’s to come with animated sprites and sexy CGs!

Also, our Dear Monster Kickstarter will be available for support in April of this year, so click “Remind Me” to let you know when the campaign starts. 😎

Living in constant danger on a chaotic planet must be horrible, but not when you have allies on your side! Look for the perfect person to help you survive in Secren, and who knows what might come of it… Love, maybe? Find out here!

2022 is a big year for us, and with your support it will be even better! We will have several releases this year and joining our Patreon will make a huge difference, so become a Patron!

Sometimes you have to surrender to temptations, especially when an incubi is involved. Would you make it? Or would he follow the rule of never trusting a demon? Find out in the lab!

Viz-Goth and Reaver have unfinished business. When Miguel is released, leaving his lover Viz-Goth behind, he asks Reaver to watch over him. Reaver wants nothing to do with his former tormenter, but if it wasn’t for Miguel, Viz-Goth still wouldn’t have a conscience. Reaver grudgingly agrees.

After the decades of torture Viz-Goth inflicted on Reaver, he has no right to ask for forgiveness. The love Viz-Goth feels for Reaver torments him, especially since he knows it will never be returned.

This DLC wraps up the unfinished business between Viz-Goth and Reaver after Miguel’s release in the Viz-Goth route of the main game. Can Viz-Goth and Reaver ever reconcile? What would it take for forgiveness and even love to develop between them? Or, perhaps Viz-Goth is better off staying with the friend whom he never hurt: Xenoskar.

As Long as a Typical Route in Alpha Hole Prison

New Backgrounds of the Prison.

It’s available on Steam and Itch.io

Demetri finds himself at a dead end when he realizes he needs to find someone to protect him on that dangerous planet called Secren. Is there anyone compatible with him in all the chaos? Find out here!

Don’t forget to check out our Patreon! Our next crowdfunding, Dear Monster, is approaching and you can start helping us by becoming a Patron. Find out more about future rewards here!

Being in quarantine surrounded by sexy demons is no easy feat, but you sure have a favorite who can’t resist the temptation. Visit him with Kenta here and enjoy all his powers of seduction!

Join our server here and share memes with us!

Thanks to everyone who supported Hardcore Cruising on Kickstarter! We thought we were going to fail, but we managed to turn the game around in the last few hours. The release is planned for 2022, so don’t forget to put it on your wishlist right now! And also board the free demo available!

Mister Versatile is bringing a Halloween themed event! It will be available for free to those who already own the game, but if you don’t have it, hurry! This event will only take place between the 28th of October and the 1st of November. Get the game right now!

See all characters with customized clothes, take terrifying scares and discover all the easter eggs scattered throughout the event! What’s more, there will be an scary sale for those who don’t have the game yet. 👻👻

We are hiring brave people for the work of dealing with demons. The problem is that they have a great power of seduction… Can you handle it? Volunteer here!

Earn future rewards on Patreon! Our sexy games need support and for sure we have the best rewards in the end! Ever thought about gaining something about your favorite character? Don’t waste time and become a Patron!

Sean Chiplock, voice of Harsi from To Trust an Incubus, Rusty from Morningdew Farms, and Mister Versatile, has confirmed he will be dropping by. He has also voice acted in Spiderman: Miles Morales, One Punch Man, Genshin Impact, Jojo’s Bizarre Adventure, Demon Slayer, and Mortal Kombat 11, among many other properties.

If you can’t be there right when we start, drop in whenever, we went for hours last time.

Steve Nunez,the voice of Arata from To Trust an Incubus, Nuzzler from Morningdew Farms, and Verseri from Mister Versatile, as well as a singer, composer, and actor Venom 2, Sonic the Hedgehog, and Antman should also be stopping by.

Please come join us if you’re able. It’s free. All are welcome. You don’t have to have a hot mic. You can participate through text chat. We have a voice chat once a week when we’re able. Sometimes a few special guests agree to stop by.

To Trust an Incubus On Sale!

By Y Press Games on July 7, 2019 • ( 4 Comments )
To Trust an Incubus is on Sale Today!! Since this is an adult game you must be logged into Steam for the link to work.
https://store.steampowered.com/app/825300/To_Trust_an_Incubus/

To Trust an Incubus ON SALE!

Don’t miss this EPIC Sale!  You must be logged into Steam to see the link for this Adult Game.

To Trust an Incubus Is On Manga Gamer, Itch, and Steam! 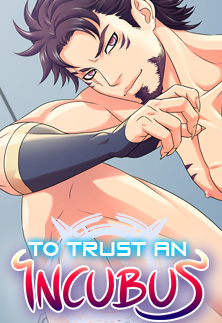 To Trust an Incubus is available on:

Steam (You must be logged in to see adult games).

Grab your copy of the game today!

You can buy the Cheat Map here!

Make sure you hear about all new Y Press Games:

Be sure to buy To Trust an Incubus from Steam or Itch!

To Trust an Incubus now on Itch!